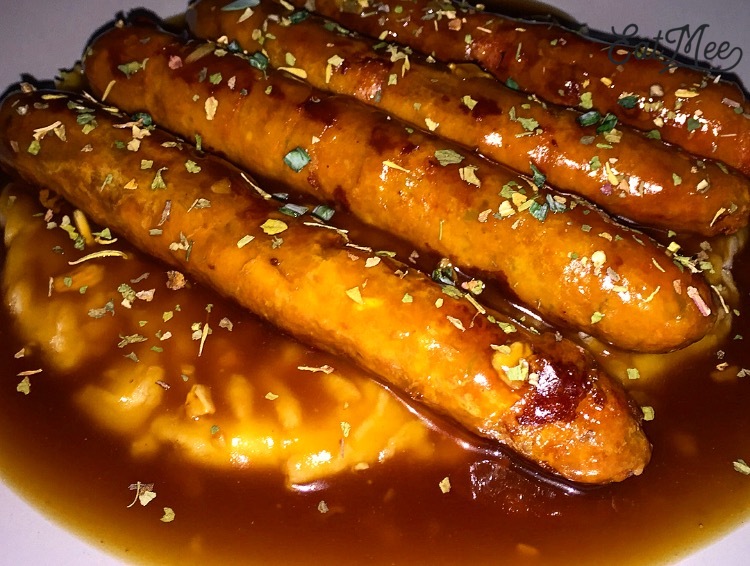 Bangers With Mash in Brown Onion Gravy, otherwise called frankfurters & squash, is a customary British Isles dish made of pureed potatoes & wieners, the last of which may comprise of an assortment of enhanced hot-dog made of pork or hamburger or a Cumberland sausage. It is infrequently presented with onion sauce, fricasseed onions, prepared beans, or peas. It is generally eaten in the United Kingdom, Canada, Australia, & New Zealand.

This dish, notwithstanding when cooked at home, might be considered for instance of bar grub—moderately snappy and simple to make in extensive quantities. More up-business sector assortments, with outlandish hot-dogs & pounds, are sold in gastropubs, & also less refined options being accessible in general open houses.

I have provided you with two ways of preparing this meal, the long version & the quick version if your’e in a hurry.