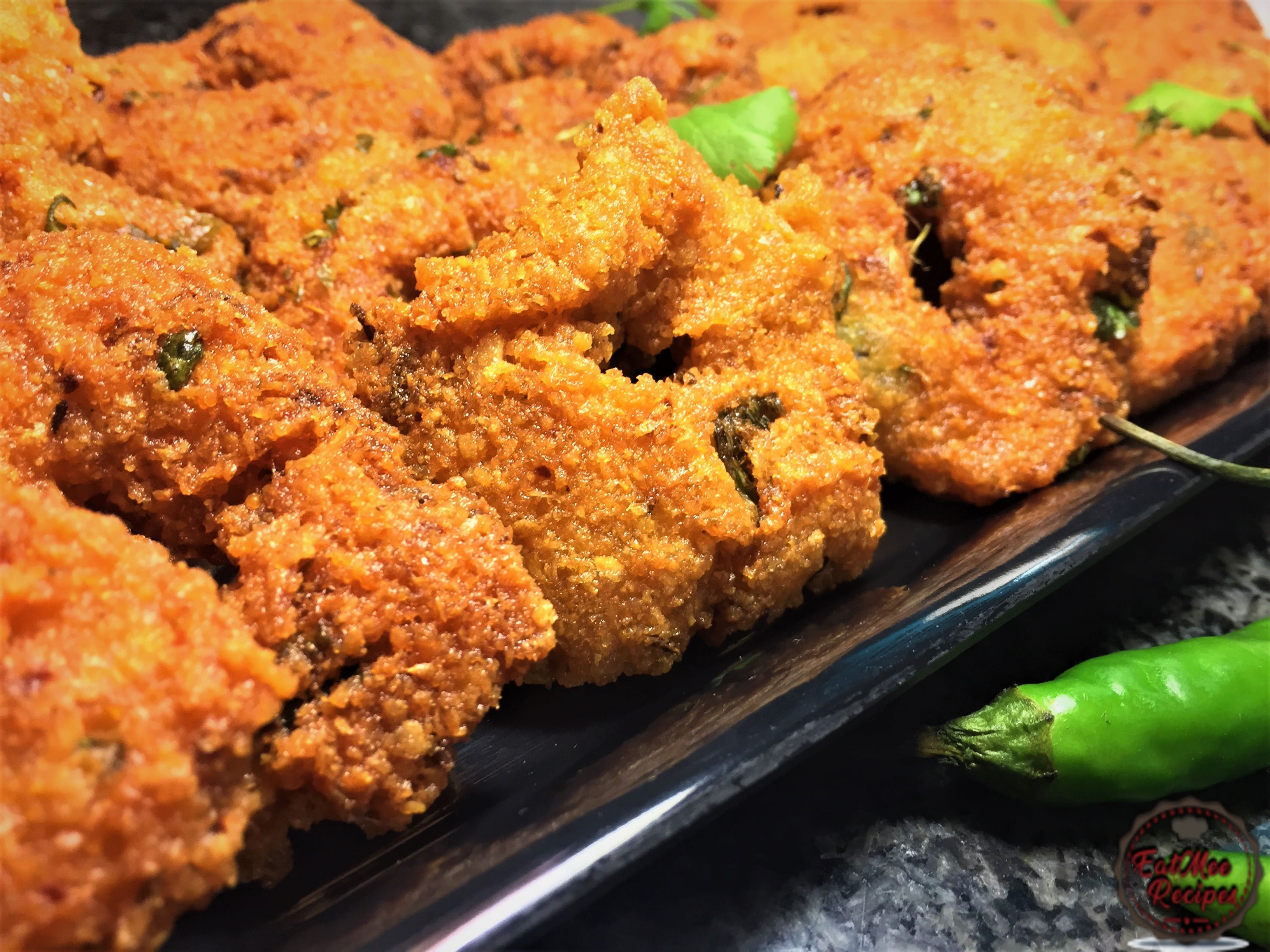 South African Veda is quite different from the vedas made in India. Most vedas in India consist of flour in the batter & it is made really thick. In South Africa, the veda recipe is made with pea dhall & fried until crispy. This simple recipe is an essential for vegetarians & vegans.

Split peas are a agricultural or culinary preparation comprising of the dried, peeled & split seeds of Pisum sativum, the pea.

The veda originates from South India & is very popular in Chennai as a street snack. In South Africa, we make vedas usually as a savoury snack or for many prayer offerings.

I was lucky enough to get this recipe from my late grandmother, who is also from South Indian origins. I did tweak it a bit by adding the red chilli flakes but this is entirely optional. I just prefer my vedas a little more spicier.

It is recommended that the pea dhall be soaked the day before in order for the dhall to become soft but if your craving suddenly appears & you need these vedas on the same day then you may opt to soaking the dhall for about 4-5 hours & then proceeding with the preparations.

Maavilakku
September 17, 2021
Go to Top
We use cookies on our website to give you the most relevant experience by remembering your preferences and repeat visits. By clicking “Accept”, you consent to the use of ALL the cookies.
Cookie settingsACCEPT
Manage consent