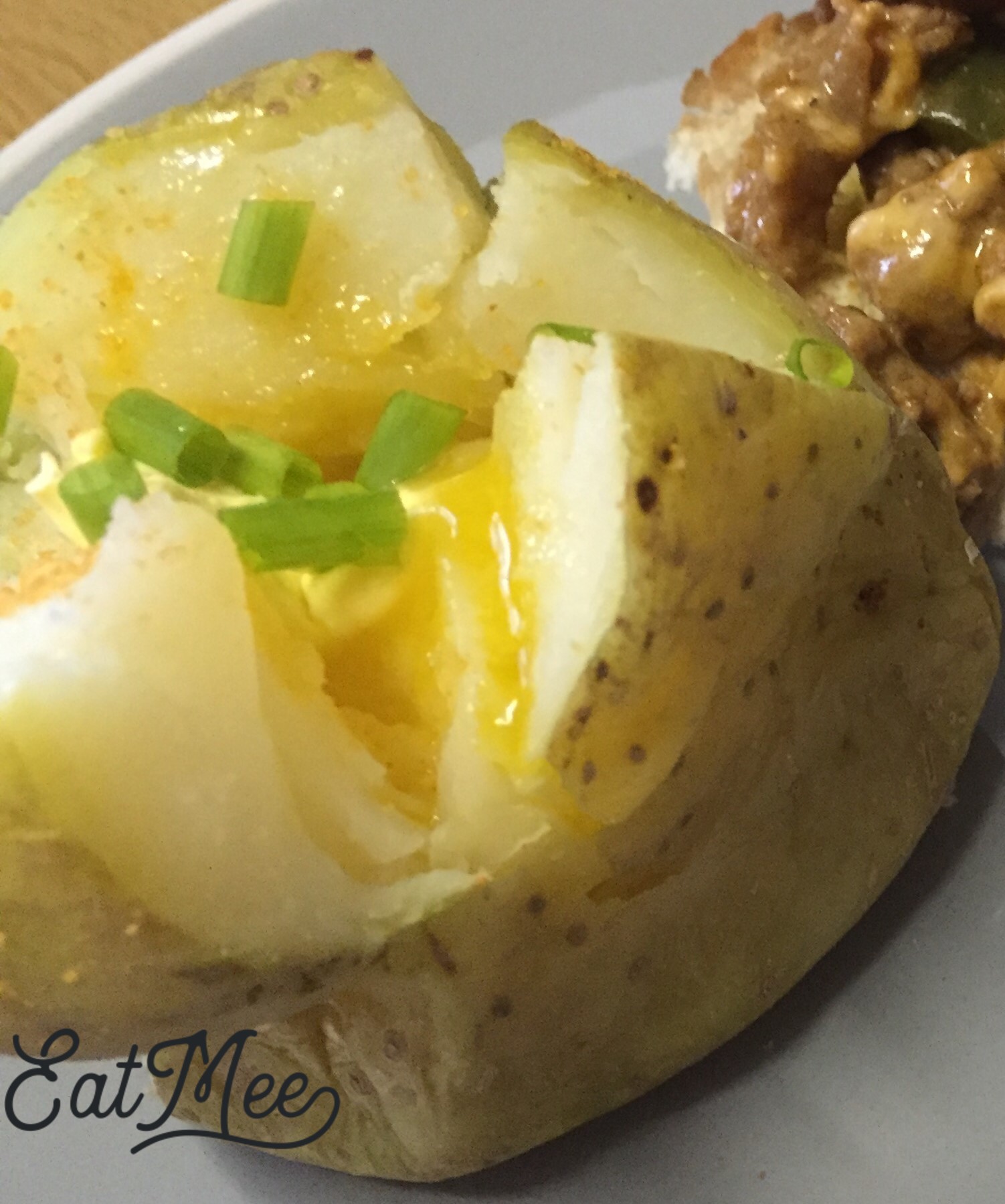 BAKED POTATO IN A MICROWAVE OVEN

This Recipe Serves As Per How Many Potatoes Are Being Used

Baked Potato In A Microwave Oven is a quicker, faster & much easier way to prepare if you haven’t got the time or are just simply too hungry to wait. This preparation of the baked potato is quite delicious although this method does not include the crispy coating of the skin that the usual conventional ovens do.

A baked potato is a potato that has been baked in an oven. At the point when all around cooked, a baked potato has a feathery inside & a crispy peel on the outside. It may be presented with fillings & sauces, for example, butter, cheese, ham or sour cream.

It serves as a great side to any meal or it can be served as a main if you cram it up with loads of yummy fillings.

I personally love having this baked potato with the Philly Cheese Steak Sandwich, Steak, Burgers or a simple Stir Fry.

Everything But The Bagel Seasoning
July 20, 2021

Spinach & Feta Puffs
March 19, 2021
Go to Top
We use cookies on our website to give you the most relevant experience by remembering your preferences and repeat visits. By clicking “Accept”, you consent to the use of ALL the cookies.
Cookie settingsACCEPT
Manage consent